Don’t Waste Your Time And Energy For Being Envious

I read that sentence from a women´s magazine some time ago. I think it´s a great and so true! A good advice to remember!

We often tend to think that other people are luckier and happier than we are. That their life is in some way easier than ours. We think that if we would be like them, we’d be feeling better. In other words, we envy them. People who have little money, envy rich people. People with overweight envy thin people. People with low education envy people with higher education, etc. We envy people who live a life that we would like to live. We envy people who have features that we would like to see in ourselves. We think that IF we just could be like them, we’d be happier. And because we’re not, we feel unhappy.

Negative emotions, like envy, are human. You can´t get rid of them totally but you can learn to control them. To be able do that, you need to learn to acknowledge your emotions and understand where they’re coming from. By practicing you learn to control them so that they don´t have negative effect on your wellbeing. You don´t need to waste your time and energy anymore on negative emotions. Instead, you can better concentrate on YOURSELF.

We had a storm in Finland this weekend. (What an irony because just few weeks ago I told you that we have storms very seldom…) First we lost a roof. Then some water leaked through our skylight window. Bad luck. Bad luck that it was just the roof of OUR apartment 🙁 Not something we had hoped for…

The good thing here was that I noticed a change in me. I didn´t compare our bad luck to other people´s luck. I didn´t envy others who hadn´t suffer from the storm. I was disappointed but able to accept our family´s bad luck better than usually. “These things happen and it was just bad luck that now it happened to us”  I said to myself. I thought that this is something I just have to accept now. I also thought that luckily it was only the roof and no one got hurt!

I noticed some development in me – that made me happy this day.

We all have bad luck sometimes. We all have hard times. And we all have sorrows. They just don´t occur at the same time and they are not alike. But we all have them. That´s why there´s no point to envy others. They are no luckier or happier than we. We just don´t know all their sorrows. 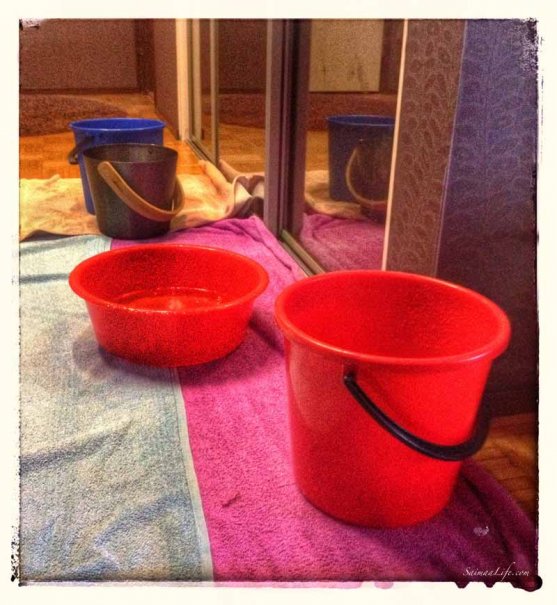 Arrange Yourself An Opportunity To Concentrate On Your Work