Small Relief For A Cabin Fever

I don´t remember if I´ve said it already but being inside too much drives me crazy!

It´s a vicious circle in many families with small children. Wintertime is the worst. And if the winter is mild (like it has been now here in Finland), it gets worse. One in the family gets sick, a while later it´s another and in the end it´s the whole family. And after being sick your you are more likely to have another…It feels that it doesn´t matter how healthy you eat. Somehow bugs just find their way into your home. Annoying!

Flu, fever, bronchitis, stomach flu. Our family have had it all this winter. None of the diseases hasn´t been really bad but there has been something almost all the time. It sucks!! It has been one at a time, not the whole family at once. That sucks even more because for me it has meant looooooong time of being inside with a sick child. You easily feel that you´re a bad mother because your child´s nose is running week after week. Even thought you realize that most of the families with small children suffer from the same vicious circle.

I´ve suffered from diseases the least but cabin fever – that´s has been my biggest disease during this winter. I´ve raised my voice many times at home only because I´ve felt like going crazy for being inside the whole day. Not very proud of that. I´m SO looking forward to spring and the time when this flu season is over!

We had a winter holiday a couple of weeks ago. Our whole family was totally healthy for a while back then. Then we visited Olavinlinna castle to see these beautiful ice sculptures. I thought you, my foreign readers, would find these photos interesting. Mild winter was not favorable to this year´s ice castle event. I hope we’ll have colder and snowier winter next year. But seeing the sculptures and BEING OUTSIDE TOGETHER was so nice after spending a lot of time inside.

Nothing big or special but definitely a small thing that made miracles for my wellbeing and the wellbeing for our whole family! 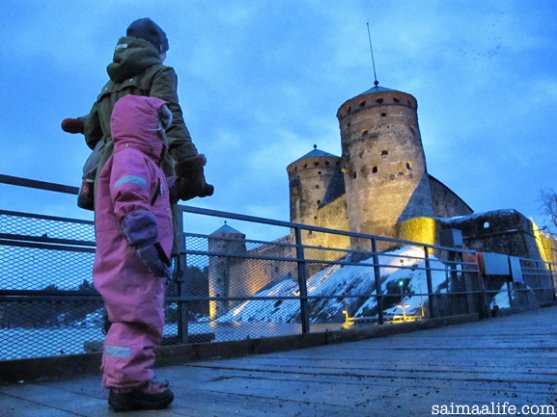 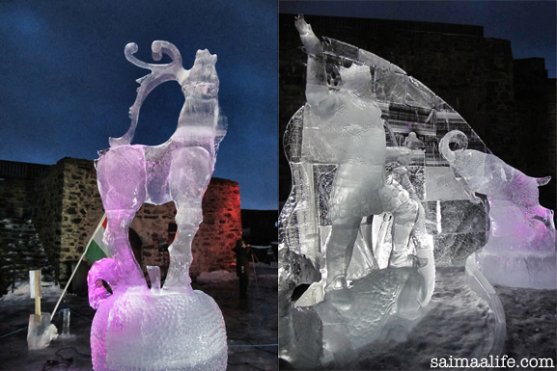 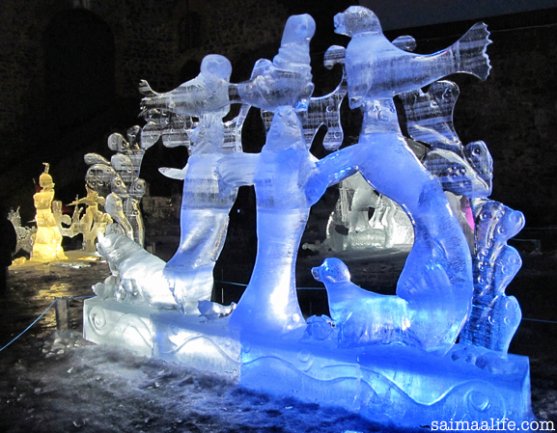 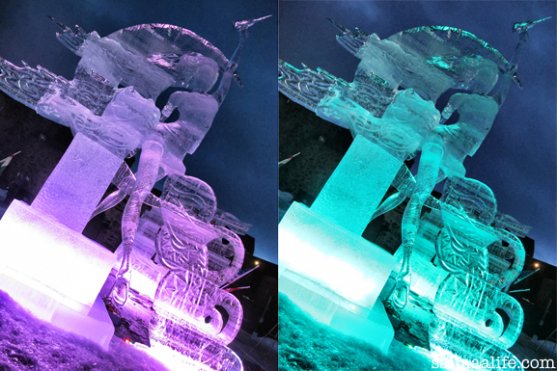 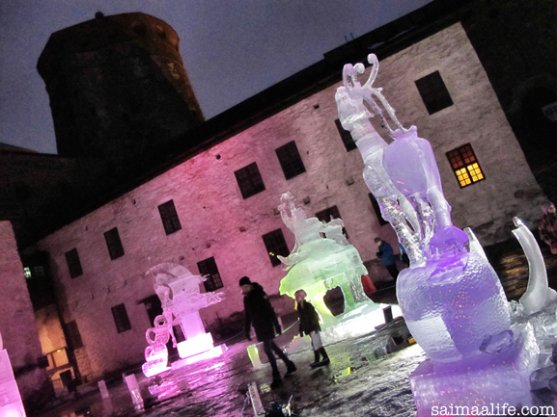 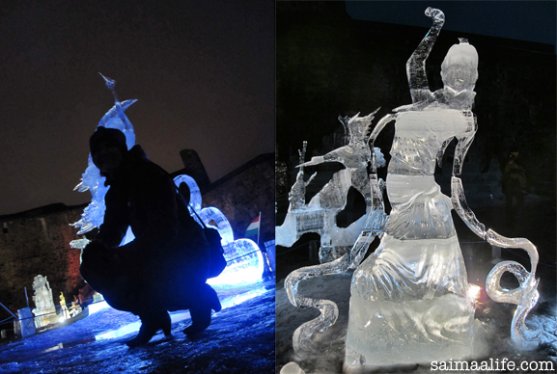