Searching for a good conscience and concentration

The vegetable garden is doing well. My “seedling babies” are still small but they are getting stronger and stronger every day. Following the growth makes me happy.

However this summer I follow also another kind growth – the baby in my stomach is growing and developing. “I have so many reasons to smile”, I thought when I was once again walking to the vegetable garden.

Steps towards a good conscience and concentration

Last spring was busy in our family and because of that I had little possibilities to concentrate on the baby and the pregnancy in general. I felt bad about that. I promised to myself that during the summer I would give more time just for the baby.

I`ve realized that the bad conscience belongs to a mother`s life. I`ve also realized that I can get away from the bad conscience if I work on that. And I want to because continuous bad conscience does bad to my own wellbeing, and in the long run, to my family`s wellbeing too. I also know that I’m able do many things at the same time if needed. I just don`t want to do that anymore. I`ve noticed that it has the same bad effect on my wellbeing. I`ve noticed that by doing so I actually don`t concentrate well on anything. While doing many things at the same time I`m actually not really present. And that is what I don`t want anymore.

Following thoughts have helped me to get rid of the continuous bad conscience and to concentrate better:

Accept the fact that:

After accepting the facts work on the following things: 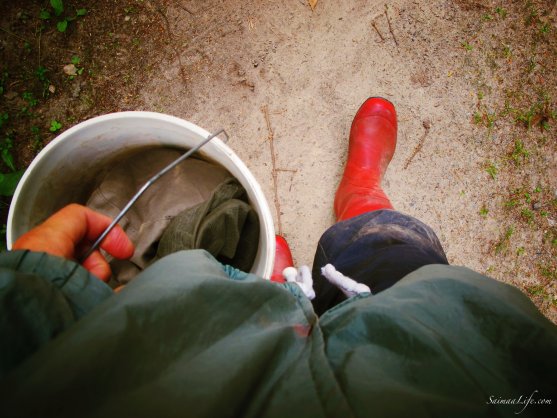 In the vegetable garden I “talk” with the baby in my stomach. It is time for just two of us. 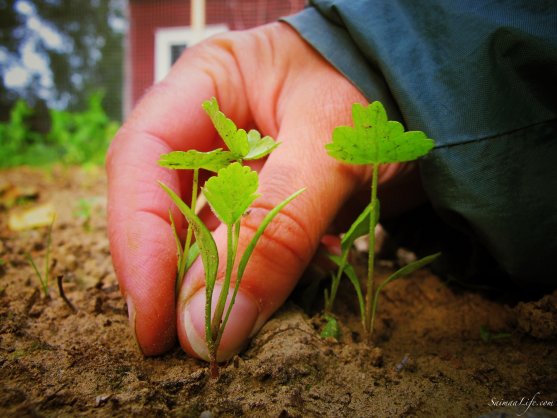 This time my work in the vegetable garden was to thin out the seedlings. Parsnips were the target at this time. 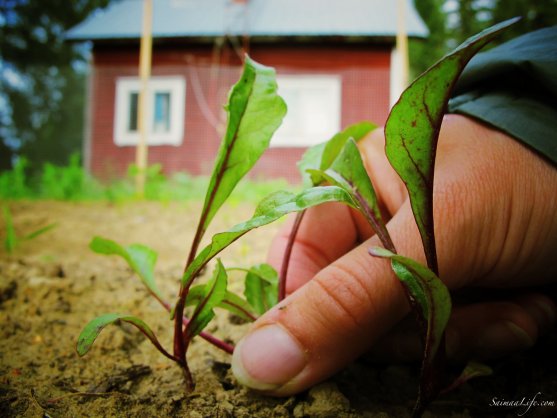 And beetroot seedlings were the other ones. 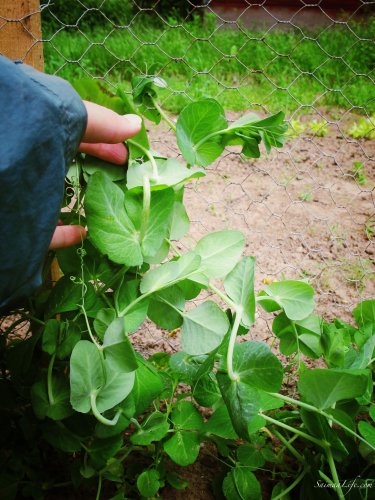 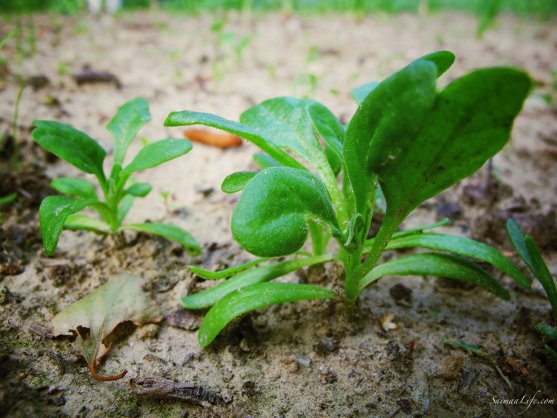 My spinach babies are growing well. That`s good because I ❤ spinach. 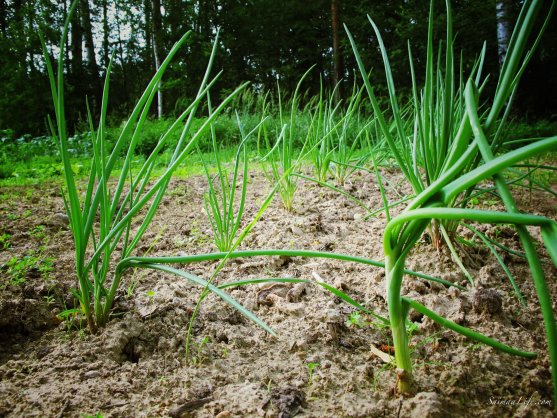 Last summer our onions didin`t grow that well but this summer they do. I`m happy about it because we use a lot of onions in our food. 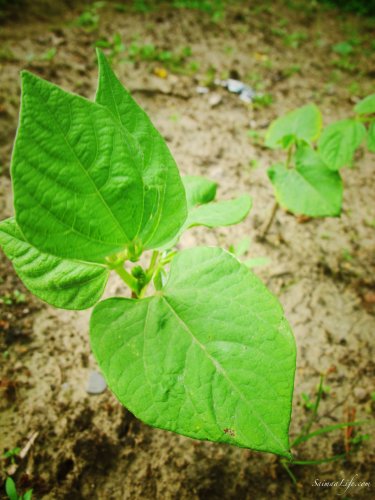 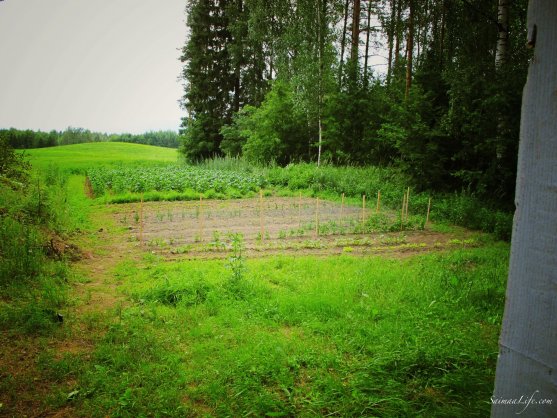 One work phase done. Now I can rest a while and just let the vegetable garden grow. 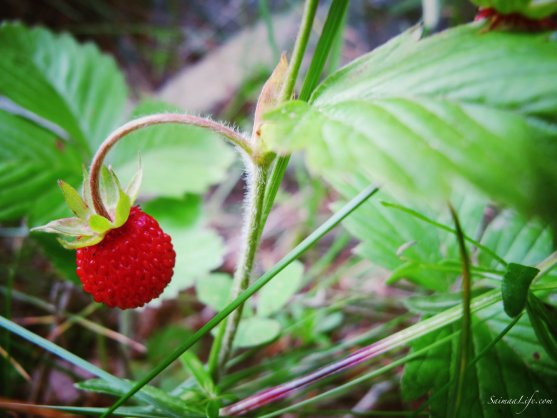 When following the nature I realize how fast the time goes. I just saw flowers of wild strawberries and now the berries are already ready to eat.