Last week I posted about rye bread and wrote how rye is superfood and how healthy it is. Bread is one way to eat rye. Another traditional way in Finland to eat rye is Karelian pies. I love Karelian pies! They are just delicious, a salty snack. Karelian pies are easy food and you can get them almost from every grocery store in Finland. They are good with almost anything; the simplest way to eat them is with just butter.

Traditionally, the amount of rye flour has been big in Karelian pies. It has made them “dark”. Nowadays you can find also very “light” Karelian pies which means that they include a lot of wheat flour. I recommend the “dark” ones – I think they are more delicious! (and they are healthier too).

Bring water to a boil in a saucepan with a thick bottom. Add the rice and cook until the water is absorbed. Add milk and bring to a boil whilst frequently stirring. Simmer at a low heat for approximately 30 – 40 minutes, until cooked. Season the rice porridge with salt and butter and set aside to cool.

Stir the flours and salt into water and knead into a solid dough. Form the dough into a bar on a well-floured baking board, and cut the bar into 20 pieces. Form little balls from the pieces and then flatten them.

Sprinkle some rye flour onto the baking board, and with a rolling pin, roll a piece of the dough into as thin a round crust as possible.

When all the crusts are ready, fill the center of each crust with a thin layer of rice porridge. Fold the edges of the crusts and pinch tightly with your fingers forming oval shaped pies. (Turn the tips of the pies inwards to prevent them from burning during baking).

Place the pies onto a baking tray covered with greaseproof paper, and bake at 275 – 300 degrees Celsius for 10 – 15 minutes, until golden brown.

When the pies are removed from the oven, brush them with melted butter or a butter and water / milk mixture (I use 50 % butter and 50 % water. My mom instead doesn`t brush pies with anything).

Place the pies onto a greaseproof paper and cover with a kitchen towel to soften.

Food Serving Suggestion: Serve the Karelian Pies warm together with the Egg-Butter Spread.

Boil the eggs in water for at least 8 minutes. Rinse the boiled eggs under cold water and remove their shells. Use a fork to mash the eggs finely together with the soft butter, in a mixing bowl. Add some salt. Cover the bowl with plastic wrap and place into the fridge to cool. 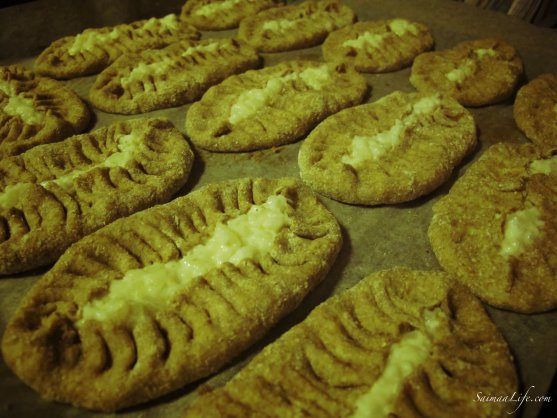 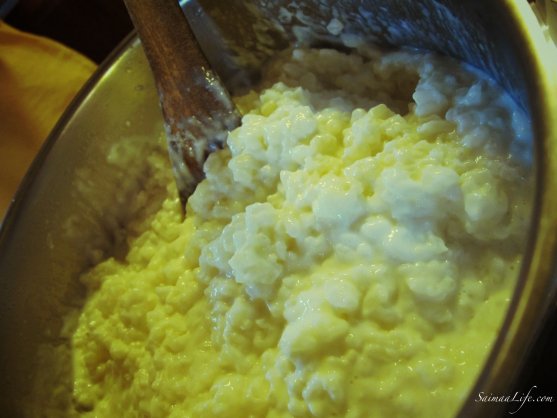 Some rice filling. You can also use mashed potatoes as a filling. 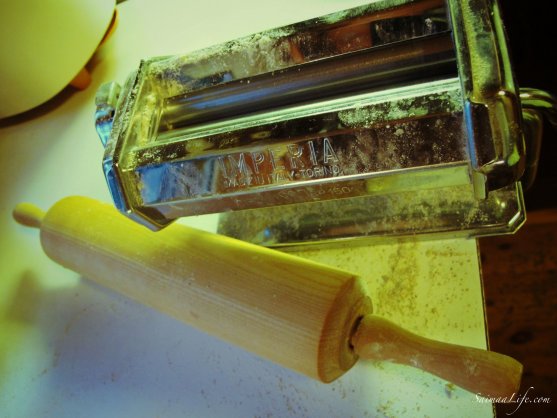 A rolling pin is a traditional option to roll the dough, pasta machine is a modern way and an good option especially if you make a lot of Karelian pies at once. 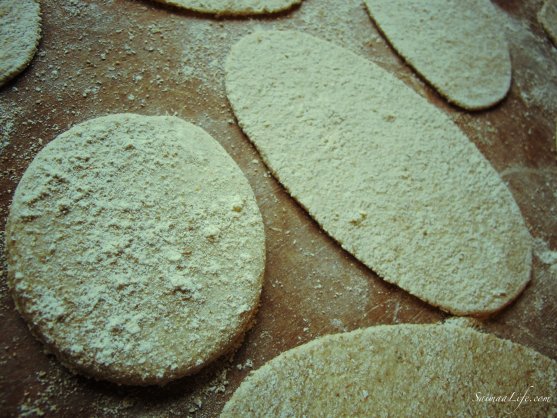 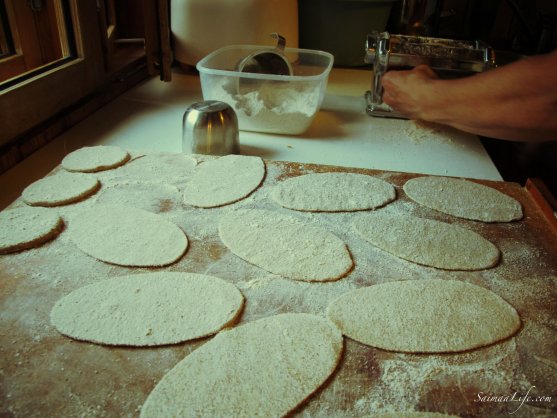 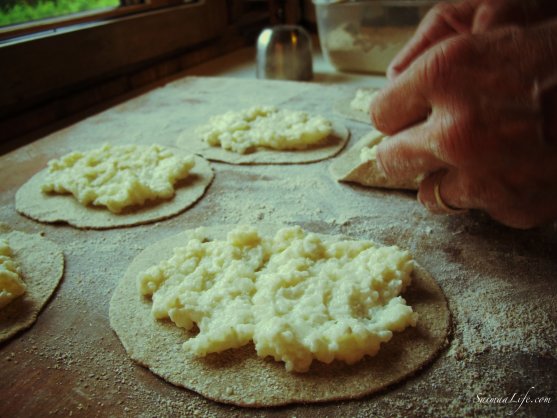 This how you make the actual Karelian pie. You can learn only by doing. My mom has done thousands of Karelian pies during her life so all her pies looks the same and are really neat. If you do your first ones, they may not look the same, but look at the following pictures and you will learn…This is stage one…

…this is stage two… 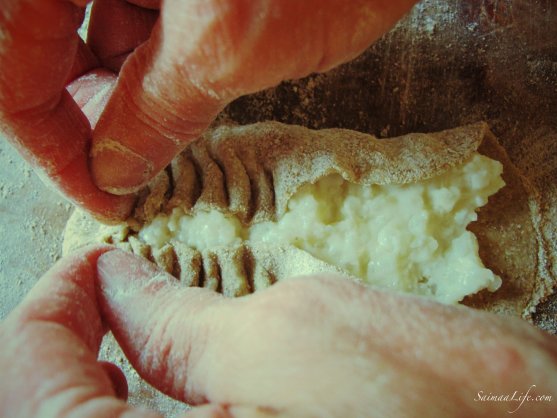 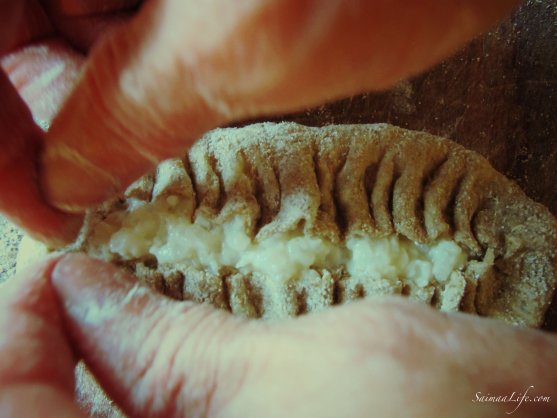 …and this is ready Karelian pie! 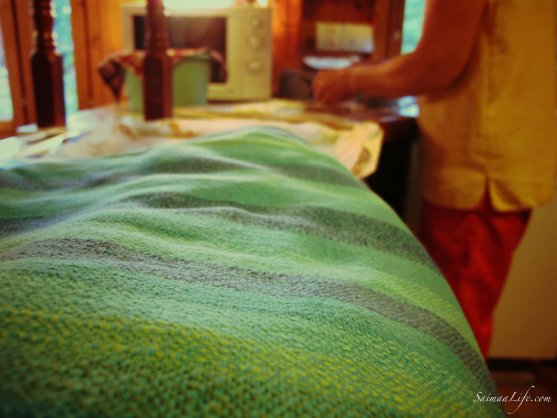 The fresh ones are always the best ones Searching for a good conscience and concentration