A Story About My Tired Feet

I started the habit when I was 14 years old. It was my first summer job in the restaurant business. Because of my work I was on my feet 8 hours a day.

I told my mom about my tired feet and she told me to lift my legs up for a while. I did it and felt immediately relieved. After that it became something I did every day after work. 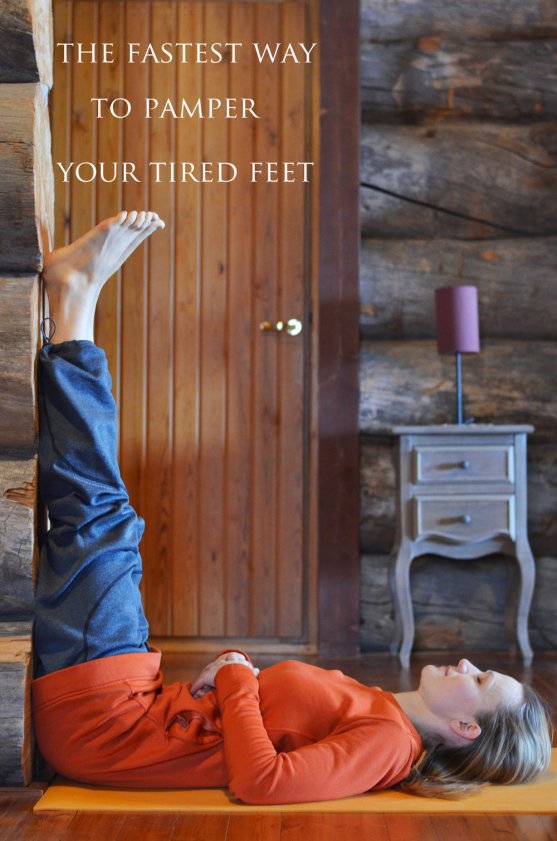 I worked 6 summers as a waitress during my school and university years. During that time I developed a pretty strong habit of my leg lifting ritual.

After graduation my work was not physically tiring anymore. But mentally it was. I soon realized that my habit is a good way to cool my overheated brains too.

Then I became a mother. Sleep debt and puffy eyes became my everyday companion. I noticed that I react to sleep debt also with my feet. One day I remembered what runs in our family; varicose veins. A thing that most women would like to avoid, just like cellulite. So do I. That´s why I kept on lifting my legs up on my maternity leave too.

My tired feet were also one reason why I started practicing headstand.

To keep my feet (and mind) light. 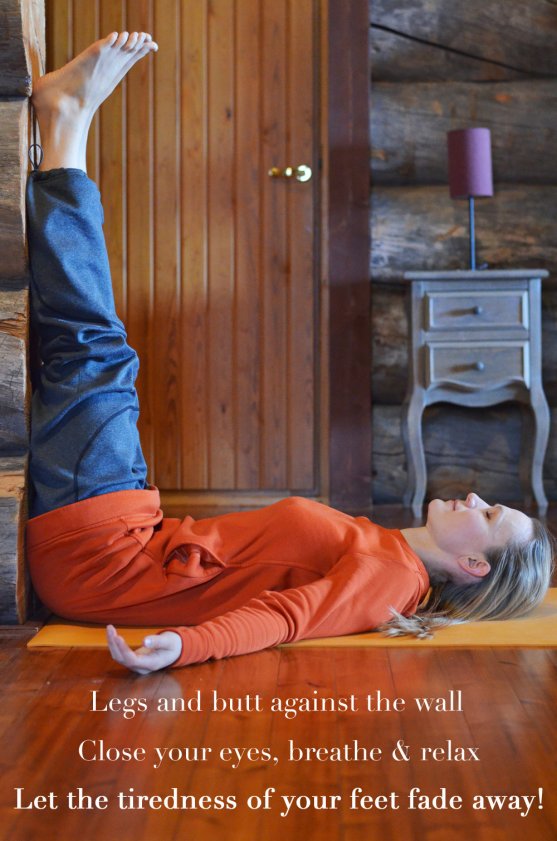 Then last autumn when I was planning my first yoga based stretching and relaxation classes I stumbled into a relaxation exercise almost identical to mine while going through a big pile of books for my class. The only difference was that I hadn’t lifted my legs up TOTALLY up to rest against the wall. I had used pillows and such instead.

I did the exercise and almost straight away felt the magic of it: all the heaviness and tiredness started to fade away from my feet. The feeling was just heavenly!! 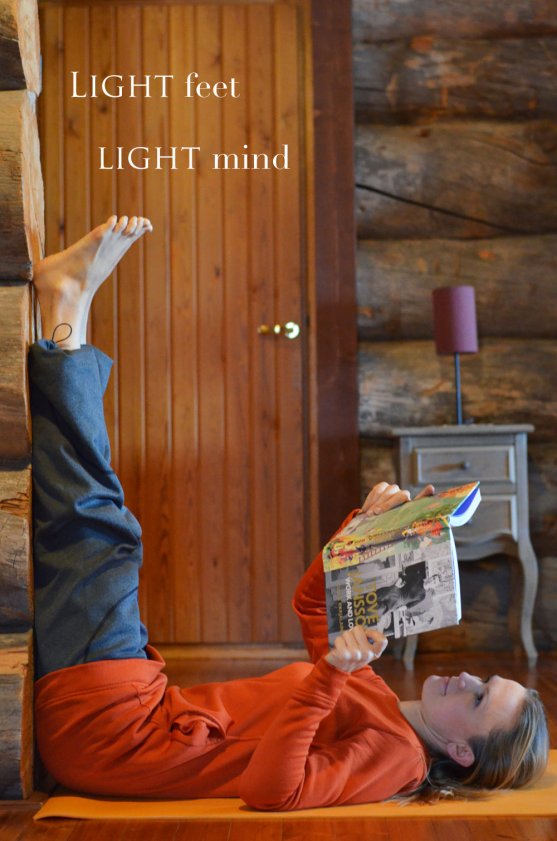 So after that I tweaked my habit a bit.

A small change, but a significant one if you ask me.

And this is the way I´m going to lift my legs up for the next 20 years to come!

Trying Your Best Is Enough

The Bond Between Immaterial And Material