Understand The Effects Of Your Nation’s History On You

I’ve thought a lot about myself this year. Why I am who I am and what makes me… well, me. There are countless of things that affects how a person and personality is constructed but one of them is quite easily forgotten. Our nation’s history.

This day you can see blue and white all over Finland. Flags, candles, flowers, candies – you name it. That is because this day we celebrate our Independency Day. My home country turns 96 🙂 A good day to write about the realizations that I´ve got lately about my relationship to my country.  All things are not easy and fun but realizing all of it has helped me to understand myself better. And as I´ve said – the better you´re able to understand ALL the causes and conditions that construct you, the better chance you have to feel better in the future.

After World War II families were broken and basically also the whole generation of men too. Almost every man participated in the War here in Finland. As we all know, war is inhumanly cruel and damage people in a very profound way. After the War there were no recourses for mental health care and Finnish men basically kept their traumas for themselves. They suffered. To survive and stand the mental or/and physical pain many drank alcohol and acted violently. Majority of people lived in the countryside where people lived quite far from each others. Every family kept problems for themselves. That made it very hard to get over the traumas of the War.

I’ve wondered why I’m not so good at expressing my feelings verbally or emotionally. I see the pattern here.

Traumas of the War were carried on to wifes of the soldiers and from their children too. Our grandparents that is. They continued the behavior of their parents to some extend. Like we all do. They did their best as mothers and fathers trying to raise their children in a very difficult circumstances. They managed to offer their children something better than they had got. However, some things continued to cause suffering also for the next generation. Maybe it wasn’t the domestic violence anymore, but the way of being that was carried on. People couldn’t talk about the horrors of their childhood. So they stayed silence. It really didn’t allow the skill of speech to develop. It was still culturally valued to stay strong and keep problems out of sight. It’s quite obvious that this kind of way of being and personality traits move on in the family in some way or another. Children often are like their parents.

I’ve also wondered why this way of being survived.

Cultural norms change slowly. Even if the world around changes fast, it doesn’t mean that what lies behind changes at the same pace. Thinking about my history here in the countryside and my childhood home region, I see many factors that have kept up the way of being I just told you about. Long, dark winters and cold weather most of the year keep people inside a lot. Finland is sparsely populated country; Not a lot of neighbors nearby. People are busy working at farms all the time. So being social and talkative is really not the most important thing to do.

After the War people had to work hard because they had to rebuild the country. Over time standard of living got better but development was slow. The next generation, like my parents, still needed to work very hard to earn their living. Higher education, abundance of free time and possibility to decide what to do are privileges that only my generation have gained. Privileges that my ancestors have given to us with their hard work.

Human being is the result of complicated web of interconnected and interdependent events. Different causes and conditions as I said. The history of every nation reveals itself in its offsprings. I´m not the child of the War but the history is in me. Some pieces and features of it. Realization HOW, IN A GOOD WAY, AND HOW IN A BAD WAY Finland´s history is in me has been one of the most significant things during this autumn. I´m so grateful for that!

And as I said it’s not all bad. My nation´s history has given a lot to many people.

Through the struggles of every woman and man after the War years the certain strength has been passed on me too. In other words that famous Finnish perseverance, “sisu” in finnish. A will to tolerate hard times and try my best at every circumstance. In Finland we have always lived close to nature. I see that it has given us some understanding of life, how it changes and how time passes on. And maybe in that helped us to see what´s important and what not.

Compassion and gratitude. Those are the strongest feelings that I have towards my parents, my grandparents and my great-grandparents. Their life has not been easy, and they have been forced to give up a lot so that the future has been better for us. The only thing I can do is to do my part in passing on the history and all that has been learned during those hard decades. To develop my weaknesses and preserve those good aspects of my history.

One way to do that was to join the Martha Organization of my home region with my mother and my little sister!  It’s main activity is home economics. It passes on the knowledge and culture (of the women) before us.Nowadays it has grown into a huge organization with all kinds of development projects but for me it’s a way of getting to know my roots, culture and the history of women before me. And I´m also hoping to get good old tips to get our vegetable garden flourishing 😉 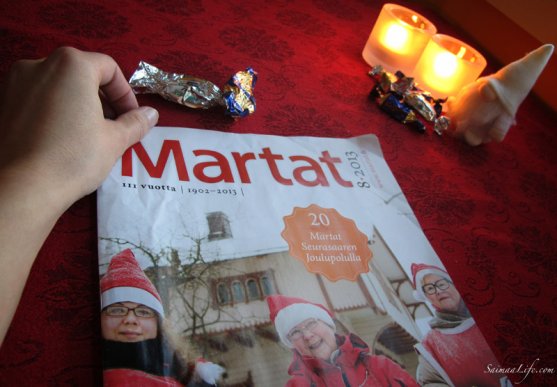 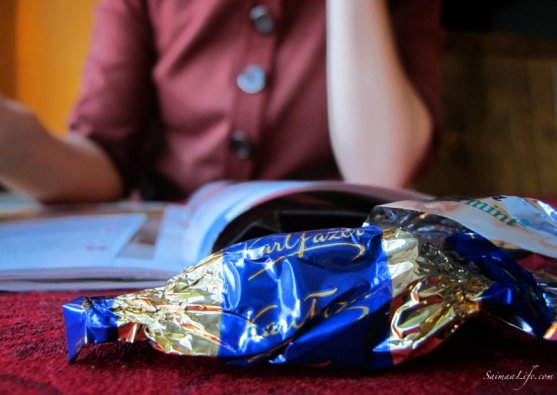 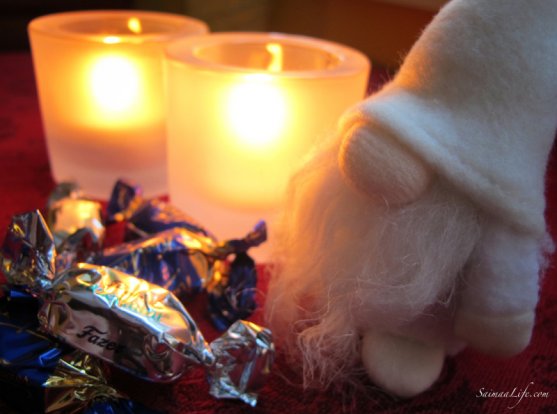 Give Yourself A Possibility To Be Creative